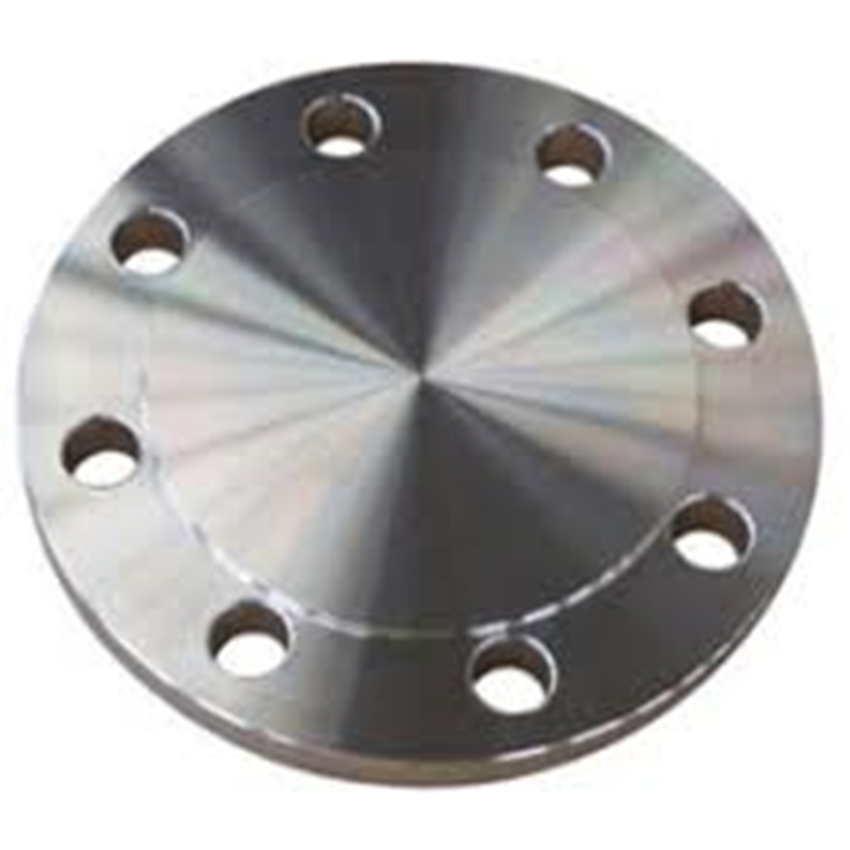 Blind flanges are commonly produced and stocked in several different materials.   They are often called Blank Flanges.  These flanges are used for capping off or terminating another flange.

A blind flange is a solid disk used to block off a pipeline or to create a stop. Similar to a regular flange, a blind flange has mounting holes around the perimeter and the gasket sealing rings are machined into the mating surface. The difference is that a blind flange has no opening for fluids to pass through. Instead, it is placed in between two open flanges, which stops the flow through a pipe. Many times this type of blockade is used when adding another line onto an existing pipeline or when a new valve is being added.

2.Where are Blind Flanges Most Commonly Used?

A blind flange is useful for making repairs to a pipeline further up the line. In fact, during construction of a pipeline, a blind flange may be built into the final length of pipe. This allows for expansion or continuation of the pipeline simply by adding onto the final flange.

3.What Do Blind Flanges Do?

Without a blind flange, it would be next to impossible to repair or perform ongoing maintenance to a pipeline unless the flow was shut off at a earlier valve, which could affect miles of pipeline.

The use of flanged pipe has significantly sped up the process for constructing pipelines. It has also made the task of repair and sectional replacement easier. Sections of pipe can now be assembled anywhere in the world and shipped to the job site. Once there, they can simply be bolted in place and the repair is done.